The defeat of Napoleon at Waterloo (June 18, 1815) did not compromise the freedom of San Marino which, owing to a rather ambiguous diplomatic policy adopted up to that time, managed to maintain its independence even after the Congress of Vienna in 1815. In fact, thanks to the prudent refusal to Napoleon’s proposal in 1797 to extend its territories, San Marino was not considered to be an ally of France.

The rebirth of San Marino during this difficult period has been attributed to the Regent Antonio Onofri, who will, from then on, be called the “Father of the Country” (Antonio Onofri died on February 25, 1825). 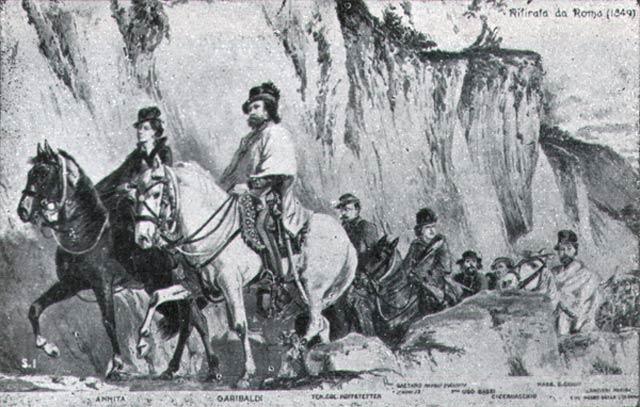 During the Italian Risorgimento, San Marino became a safe refuge for those who took part in the liberal movements during those years. These movements also saw the participation of various San Marino citizens. In fact, there was total support for those who fought for the affirmation of the principals of liberty and independence: ideals always defended by the Republic of San Marino.
This position was not, however, easy to maintain before Austria and the Papal State; and it is for this reason that, after the capitulation of the “Repubblica Romana”, Garibaldi’s request, in July of 1849, to pass through San Marino territory was not granted. Garibaldi during that period was attempting to reach Venice, the only surviving Republic which was still in a position to resist the Austrians; however, in the area of Macerata Feltria he was surrounded by four Austrian armies. 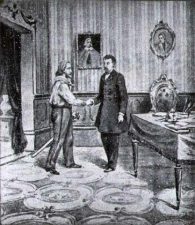 The only possibility of salvation was to take refuge in the small Republic. Thus, he repeated the request by sending two messengers and, then, without waiting for a reply, entered into San Marino territory with his 1500 men. He personally went to the Public Palace to present the request for asylum.

The Regent, Domenico Maria Belzoppi (who had also participated in the liberal movements) granted asylum and came to the rescue of Garibaldi and his men. In return, he wanted assurance that San Marino would not become involved in any armed confrontations. Garibaldi accompanied his men to the convent of the Friars Minor Capuchin where he dispersed his army. Some found refuge in families; others left in small groups.

On the night of July 31, Garibaldi, with 150 of his most loyal soldiers, left the Republic and, evading the surveillance of twelve thousand Austrian soldiers who surrounded Mount Titano, headed towards Venice.

This event, however, did have some serious consequences for the Republic. The Austrian army violated the San Marino borders on August 2, 1849, searching for refugees in private homes and demanding that all arms left by Garibaldi’s soldiers be turned over to them. The Republic of San Marino continued to grant asylum and to support revolts but this conduct was cause for suspicion on the part of the Papal State and Austria and thereafter attempts were made to dispute the freedom of the Country and to plan an armed invasion.

It is thanks to the intervention of France, in particular Napoleon III (1854), that this plan was not executed. After the proclamation of the Kingdom of Italy (March 17, 1861), Garibaldi, on various occasions, recalled and praised the hospitality received from San Marino in a moment of need: on June 1, 1861, when expressing his thanks for San Marino citizenship “ad honorem” conferred to him on April 24, 1861: “I am proud to be a Citizen of this virtuous Republic”; on June 13, 1864, “I thank you for the present which will always remind me of the generous hospitality of San Marino in a moment of extreme danger for me and for Italy”.

Another fundamental moment for the recognition of the sovereignty and independence of the State of San Marino was on March 22, 1862, when a treaty was signed with the Kingdom of Italy which regulated the reciprocal terms of respect, esteem and cooperation. This treaty finally permitted San Marino to concentrate its resources on strictly internal affairs.

On May 7, 1861, the President of the United States of America, Abraham Lincoln, sent a cordial message to show his appreciation and thanks to the Regents for bestowing honorary citizenship on him. 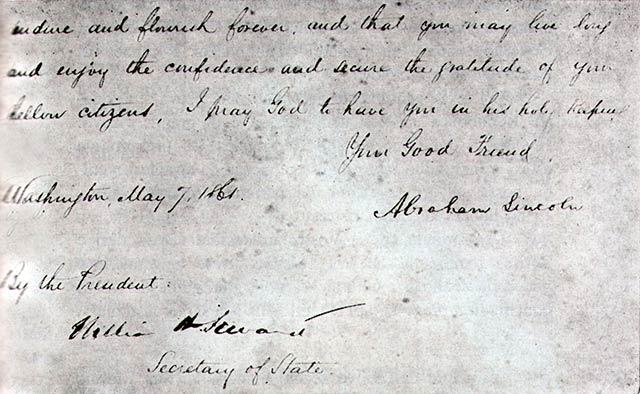