At the end of the XIX and the beginning of the XX centuries San Marino showed signs of grave economic difficulties; the determining factors were not only the demographic incrementation of its population and thegap between agricultural and industrial development but also the realization of new roads and the favorable economic conditions of overseas countries.

The logical consequences of this situation are increased unemployment and emigration. 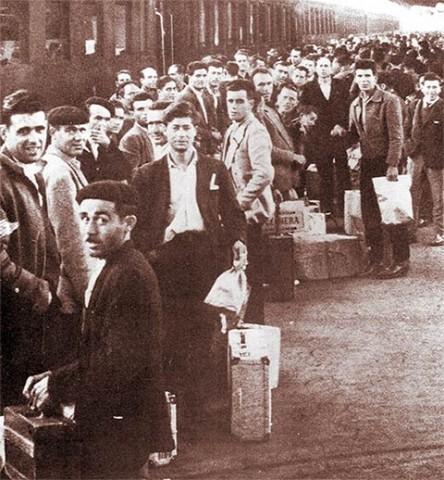 Even the small Republic of San Marino faced the drama of entire families being uprooted; this humane disaster inevitably followed this phenomenon. During the second half of the 1800’s, emigration took on a more local form, with seasonal movements, prevalently towards Tuscany, Rome, Genoa and Trieste; however, around the end of the century, the first permanent migrations of entire families to the Americas (United States, Argentina and Uruguay) and to Greece, Germany and Austria took place.

This phenomenon lasted up to the 1970’s, slackening off during the First World War and accelerating during the Fascist period in Italy. As a result, even today there are still large concentrations of San Marino citizens residing in foreign countries, above all, in the United States, in France and in Argentina. There are more than 15,000 San Marino citizens spread throughout the world!

An important turning-point in the political and social life of the country took place on March 25, 1906, the day when the Arengo was once again convened in the Church; the heads of the families reunited were 805, out of 1054. Each head of family received a ballot which contained two questions: the first, if the Government of San Marino should be headed by a Principal and Sovereign Council; the second, if the number of members of the Council should be proportionate between the city population and the rural population. This was the first attempt to carry out a referendum. In the past, similar attempts were made but without results (one of the main opponents to the oligarchic regime, Pietro Franciosi, comes to mind). In the same year a second referendum took place on May 5th dealing with the first electoral laws and on June 10th the first political elections in San Marino’s history resulted in an overwhelming victory of the democratic forces.