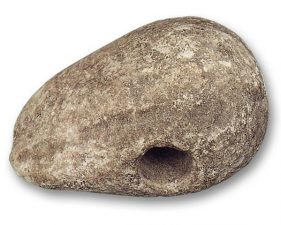 The first traces of a social structure in the territory of San Marino date back, with much approximation, to 5000-4000 BC; that is, during the so-called Neolithic Age. A stone axe/hammer, characteristic of this period, has been found in San Giovanni.

Other traces of the presence of man in this area, such as a bronze axe, found near the Castle of Casole in San Marino, are dated back to the Bronze Age (approx. 2000 BC).

Traces of the Villanovan culture can be dated back to approximately 900 BC. The term Villanovan is derived from Villanova, a small town just a few kilometers south-east of Bologna in northern Italy. In 1853, Count Giovanni Gozzadini discovered the first group of tombs attributable to this culture. In fact, the Villanovan civilization (important for the discovery and utilization of iron and for the first pre-urban settlement) and that of the Etruscans (the greatest and most wide-spread Italian prehistoric civilization) left important traces in the territory of San Marino, thanks to the proximity of the Italian town of Verucchio, one of the most important centers of Villanovan culture.

The excavations in Castellaro document the Villanovan burial customs of cremation and subsequent burial. Circular pits (60 cm diameter/depth) with cinerary urns containing remains of bones and pottery urns of a distinctive double-cone shape with engraved decorations were discovered. Unfortunately, during the period of the construction of the castle, various remains were disposed of in the torrent below.

Casole also shows clear traces of the Etruscans, thanks to the discovery of fragments of vases and plates painted red and black. In other areas (Santa Mustiola, Fiorentino and on the ridge of Mount Titano) burial grounds and the remains of dwellings have been unearthed.

Following the Roman expansion and the foundation of the colony of Ariminum (Rimini) in 268 BC, the territory of San Marino was annexed by the 8th Roman region (Aemilia). The presence on Mount Titano of the descendents of Romulus and Remus has left the most traces of its culture: in Fiorentino tombs, clay objects and amulets were uncovered; in Castellaro and in Chiusa (where the tomb has long curved tiles and tiles with engraved initials); in Domagnano 2006 coins from the republican era were unearthed; at S. Mustiola numerous clay objects of roman workmanship have come to light, as well as a bronze statue representing Mercury (1st – 2nd century AD).

There are also clear signs of an intense rural Roman colonization (in Placito Feretrano there are six rural estates with names deriving from latin: Fabbrica, Silvole, Griziano, Laritiniano, Petroniano, Erviano).

Another noteworthy find, discovered during farming activities in Domagnano in the late 19th century and which testifies to the presence of the Goths in these territories, consists in the so-called “Domagnano Treasure”; namely, funeral furnishings and accessories composed of various gold objects of the Ostrogoth period, belonging to a noble woman who most likely lived in the Fifth or Fourth century AD.abitativi. 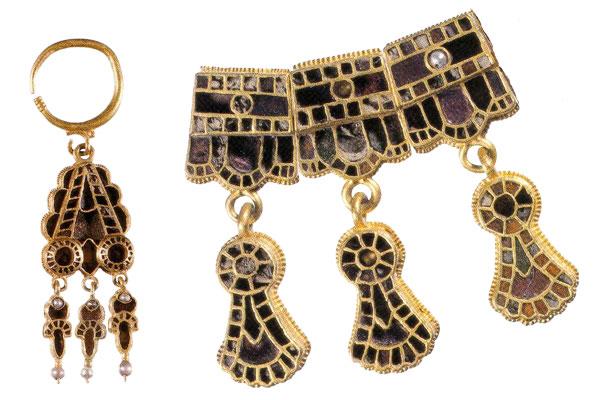