Use the map to help orient:

In this map of the historical center you can find all the places of interest, monuments, museums, restaurants, hotels and parkings. 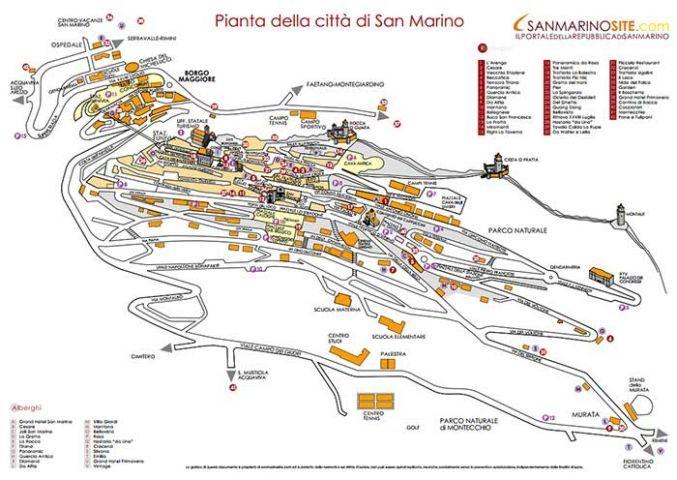 In the territory of San Marino can be found two “legendary” places for San Marino.
The cliff of Baldasserona, is believed to be the location of the Titan where Saint Marino stopped for the first time. Here, in fact, there is a large slit, considered the place of the first refuge of St. Marino: a legendary place, considered the point where their story of Republic began.

Montecerreto. At the foot of this hill, was the source by which the Holy baptized the first Christian community of San Marino and hence the name “Acquaviva”.
Historical records that “in the castle of Montecerreto”, identifiable with Acquaviva, 885 was issued on “Placito Feretrano”, the oldest document of the Republic of San Marino.